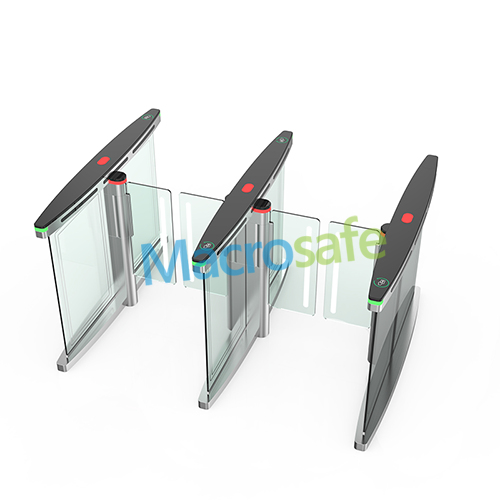 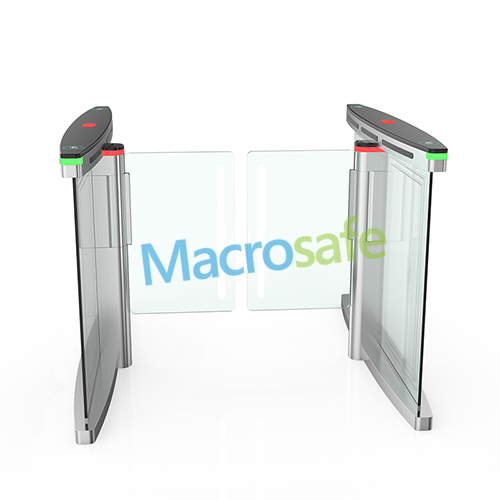 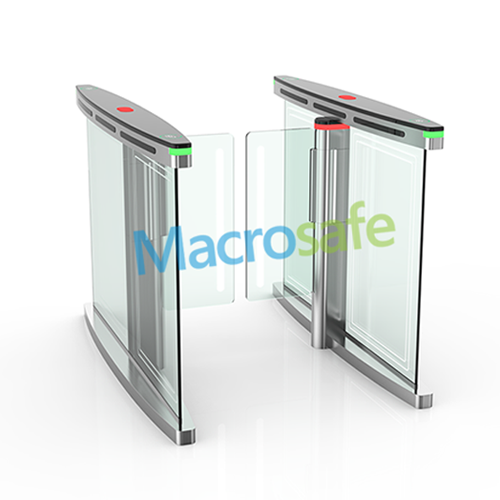 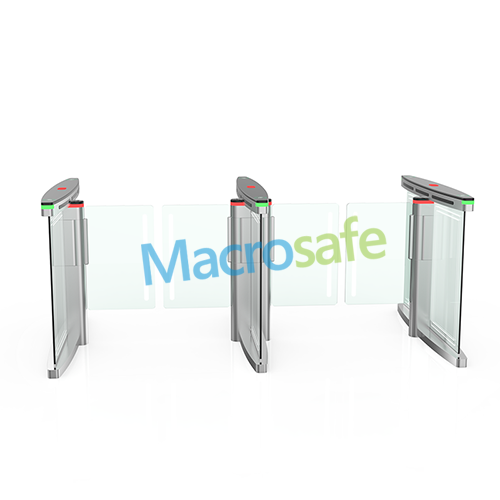 The speed gate belongs to the access control system and is one of the important components of modern access control. Common speed gates are divided into two types: scissor gates (flap barrier gates) and swing barrier gates according to the different movement modes of the gate wings. 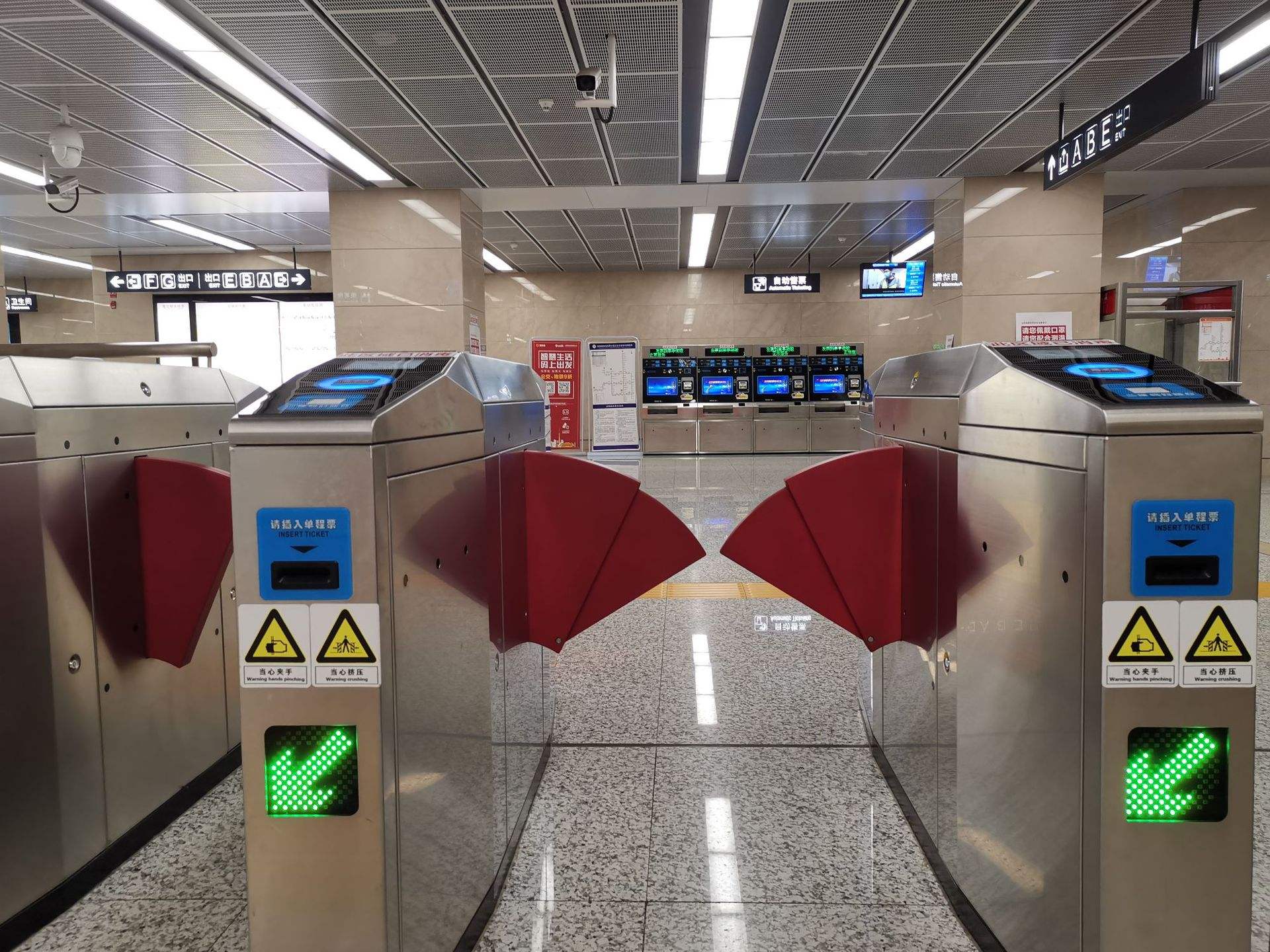 Swing barrier gates appeared later than scissor gates and belonged to the second generation of speed gates. The characteristic of this type of speed gate is that the wing travel direction is forward and backward. The operation process is within the line of sight of the human body, which is safer. Due to the above characteristics, swing gates are generally used in banks and large enterprises, Buildings, high-end office buildings, etc. 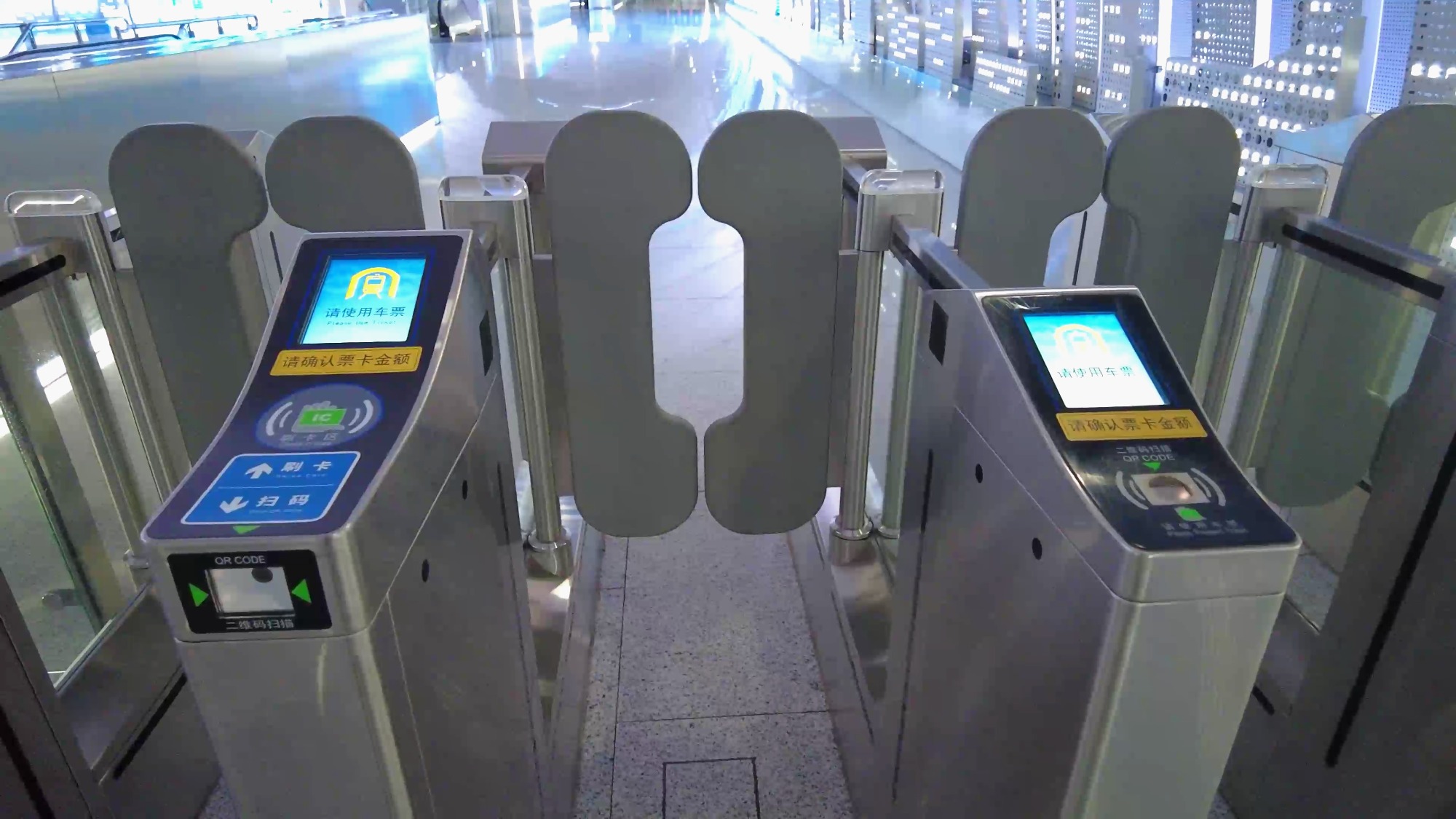 The gate wings are driven by the control system, open and close automatically, and the operating mode can be selected by programming: The gate wings open automatically whenever it is verified that the entrant is authorized. It is closed after a delay, and the delay time is adjustable.

There is a common infrared light band detection area in the channel, and the switch state can be adjusted by software according to the customer's precision requirements, and the application of light bands to adapt to different needs avoids the shortcomings of point-type infrared detectors that are easily polluted and affects the reliability of judgment, and can effectively judge the faults. The tail of the card reader.

When the system determines that tailgating occurs, the system will respond according to the position of the valid cardholder returned by the infrared detector. After the gate open signal is issued, there is still some abnormal use that will trigger the alarm system.

3.2 Abnormal use of alarm

When the gate is closed, the pedestrian who enters the reverse direction enters the gate after the authorized opening signal is issued. Before passing the first safety photoelectric detection belt, if the reverse detection belt detects that someone has entered, as long as the person does not leave, the buzzer will continue to sound. Alarm, the gate remains closed, and the "Effective Time" function does not count the time interval at this time.

Reverse intrusion when the gate is opened After the gate wing is opened, if an unauthorized pedestrian enters the gate body detection area in the reverse direction, the gate will be closed immediately, as long as the first protection detection strip detects the presence of a person, the "Effective Time" function will not work. Counting the time at this point, the door resumes normal operation when the person leaves the second detection zone.

The traditional speed gate often happens to hurt people. The new generation speed gate uses a low-voltage DC servo drive to control the swing of the gate. The swing force is controllable and does not hurt people. Combined with infrared sensing technology, it can prevent people from starting. The gate swing function can stop quickly even when the gate is closed or opened.

In the event of a sudden power failure when the door is in operation, the gate wing will stop in the original position and be free to move. Each device can be installed with an emergency button, which can activate the selected emergency response mode by pressing the button. Generally, open the channel in danger or panic. In emergencies such as bandit police, the channel can be manually closed through the remote control button. After the power is turned on or the emergency situation is lifted, the gate wing will automatically reset after self-checking without obstacles.

1. Swing gate wing design. when the gate wing is closed due to unauthorized entry, it is in front of the pedestrian's sight. It will not cause harm to the human body due to the failure of pedestrians to avoid it in time.

2. The gate wing is driven by a servo motor, the driving process is gentle, and the turning torque is constant. When the gate wing is closed due to unauthorized entry, it can ensure that the impact force will not cause harm to the human body, which is safer and more reliable than other operating modes.

The speed gate is an important part of the access control system, which can provide strong support for the security system of the enterprise, including:

1. Reduce security manpower and save costs.
2. Control the access of unrelated personnel, and add a safety lock to the enterprise property.
3. Solve the problem of overcrowding and make property management more orderly.
4. In addition, the high-end speed gate can greatly enhance the external image of the company. 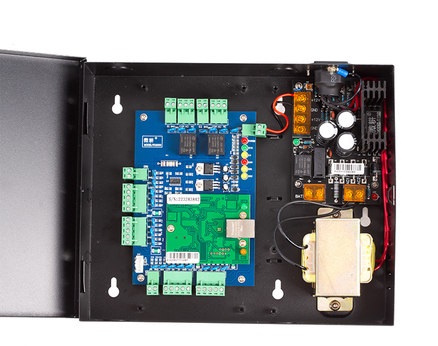 3. The speed gate can be well combined with the access control management system to flexibly realize the security management of the entrance and exit. 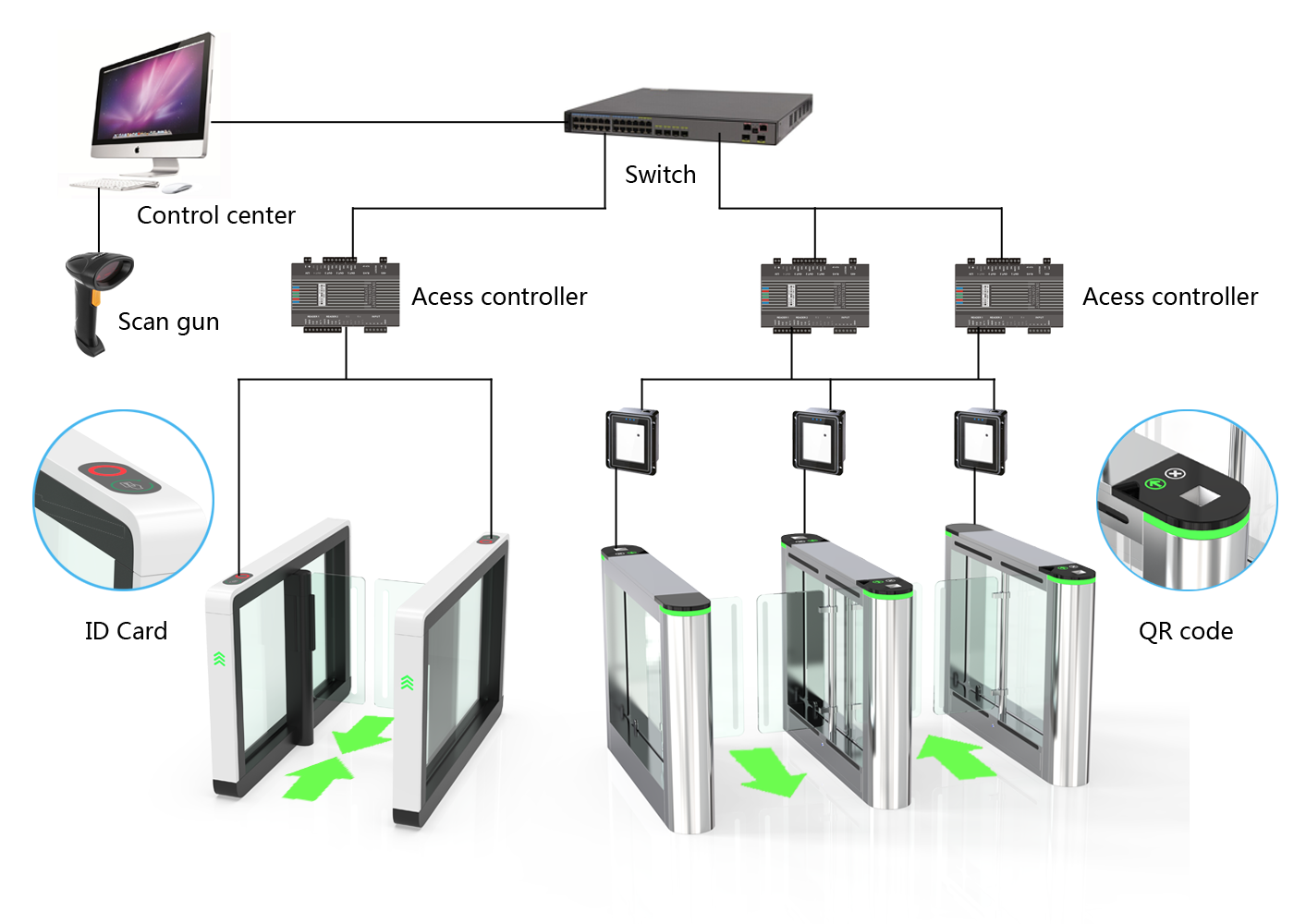 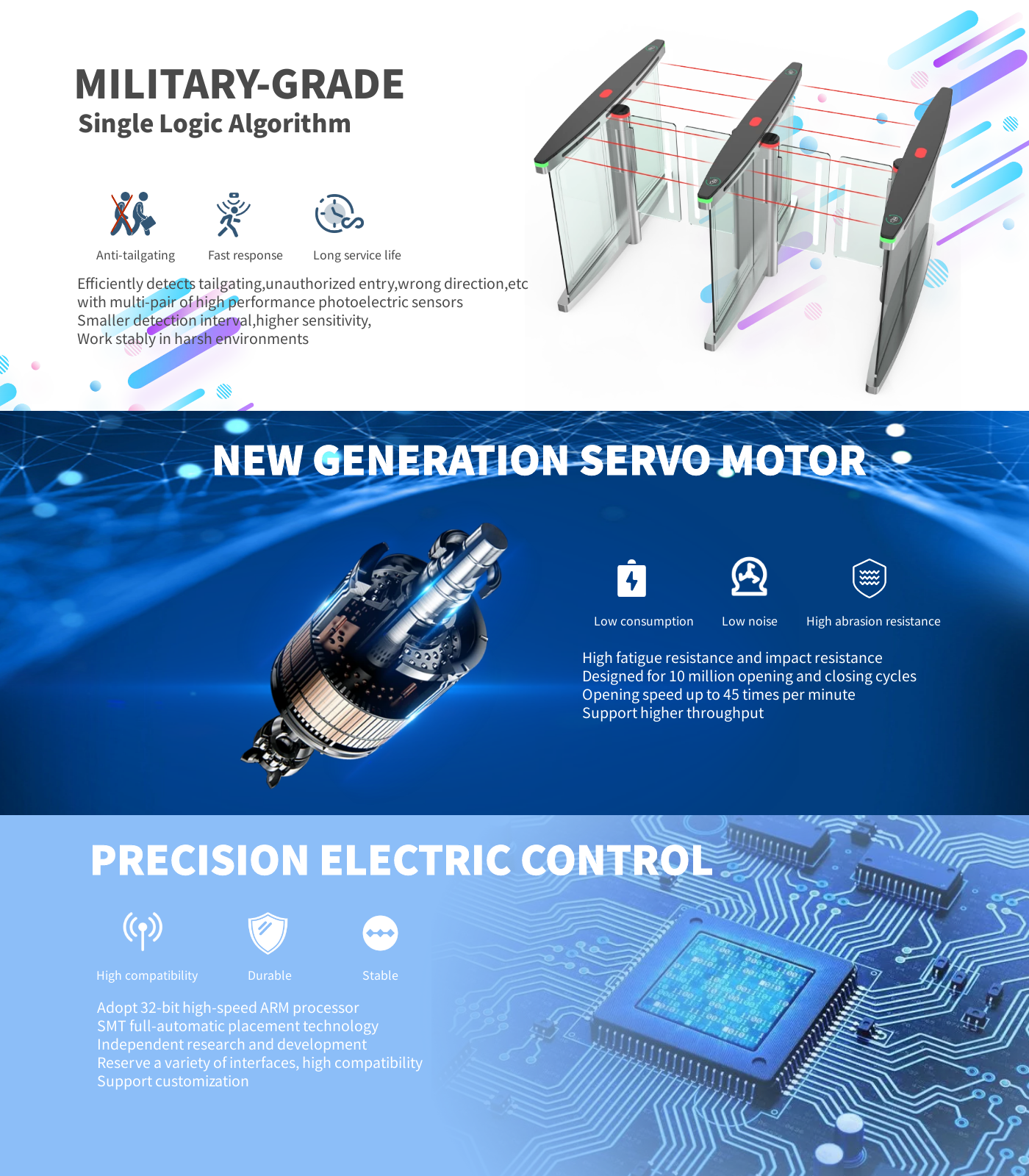 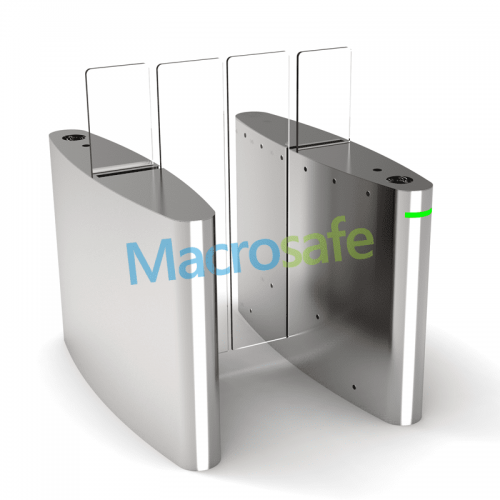 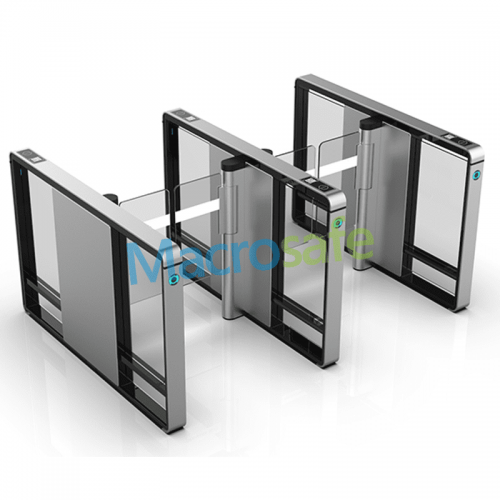 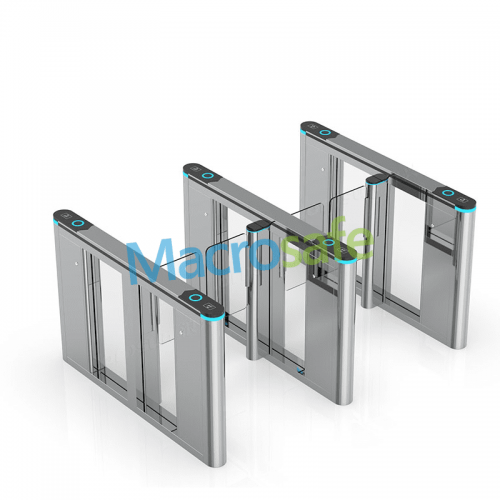 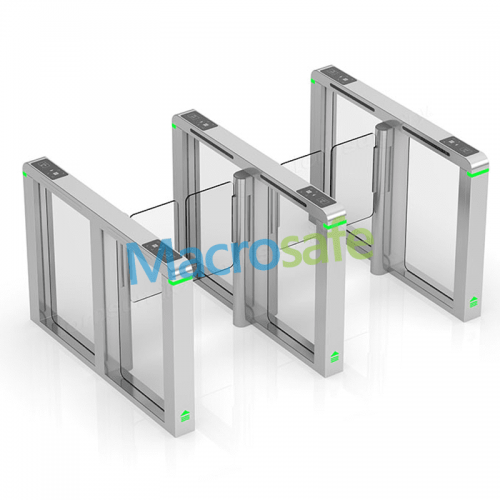